Home > Our blog > Flying freighter with helium wings is coming 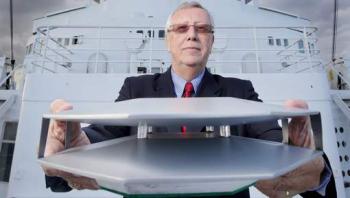 Is it a plane? A zeppelin? A UFO? No, it's the Sky Shuttle Plane. A flying machine which floats on helium and solar energy and can reach a speed of 250 kilometers per hour.

Cheap and handy for freight and for emergency aid. It sounds too good to be true. The Rotterdam engineer Ab van Helden was, also after his initial idea for the hybrid airplane (under the shower), googling for new ideas. Without result. That was ten years ago. Many studies, drawings and a series of patents later, he finally can build a prototype. He has secured the support of Rotterdam Partners, the economic driver of the city.

We help (port) industry forward! Ready to stand up and present themselves proudly to the outside world.